It’s not uncommon to find student couples in our educational institutions. You know, those two who can’t stop staring into each other’s eyes, holding hands, or kissing in some cases. And while this may not be uncommon, especially at the tertiary level of education, it can sometimes be uncomfortable for teachers.

But what do these teachers really think of student couples? Do they hate them, encourage them or even simply find them cute? This article will answer these questions while also looking at some of the actions that teachers who witness such displays tend to take.

What Teachers Think Of Student Couples

While individual teachers’ opinions on student couples may differ based on various factors, we’ll look at some of the most common. Keep in mind that schools are places of learning and training for students and places of work for teachers and other staff.

Teachers sometimes find it cute seeing two students holding hands in school or a student couple sitting together and learning in class. This is especially true in the case of preschools and kindergarteners.

They will constantly follow each other around and want to play together if they are in the same class. At the early childhood stage teachers simply find their behavior cute especially since they’re less likely to engage in any inappropriate activity at that stage of maturity.

On the other hand, some teachers may find student couples to be unwise. While individual teachers’ reasons for this thought may differ, the majority believe such relationships may serve as a distraction, especially in the wake of breakups and other conflicts.

They expect students to leverage the opportunity they have to better themselves academically. Any such relationships could end up affecting the students, especially in cases where both students are less mature.

Most teachers would refrain from approaching either member unless they notice inappropriate behavior or some effect on someone’s academics. Depending on whether the effect is positive or negative, a teacher may approach such couples to provide the necessary advice or point out these issues.

In the social media era we live in, information spreads swiftly. Any drama that comes along with a breakup or other problems could result in rumors, especially in a school environment.

When students break up, you’ll find them escorted into class by students who spend a considerable amount of their time assuring them they were too good for the person. This becomes the topic for a significant amount of time and distracts other students.

After all, we want students to focus on their studies instead of spending their time gossiping about someone’s relationship. Additional drama resulting from this break-up could end up distracting other members of the class.

Relationships in school hardly work out or lead to marriage and teachers know this. And although there’re a few that worked out, the majority fail even before students leave school.

Teachers know this very well and some simply believe such relationships to be pointless and a waste of time. Despite this, most teachers wouldn’t advise student couples to end their relationships, especially when they notice a positive impact of the relationship on both students.

So long as they aren’t involved in any inappropriate behavior that could negatively impact them, most teachers would root for such relationships to succeed.

We’ve all heard stories of high-school sweethearts who ended up getting married and while the majority of such relationships in schools did not work out, stories like these keep us hopeful when we see student couples.

This is especially true in cases where such relationships positively impact both students. A typical example is a student putting the effort to study to keep up with their partner and subsequently go to the same college with them.

It’s hard not to root for such relationships as they’re clearly trying to make each other better. Some simply put in the effort to impress their partners.

Some teachers consider such relationships to be a distraction that can negatively impact both students academically. This is because students involved in such relationships spend a huge portion of their time in each other’s company, or simply chatting.

While teachers may overlook such interactions in the absence of any proof of a detrimental effect on the students’ academic performances, they’re bound to confront the students or their parents about their observation in the event that such an effect is noticeable.

Even when teachers are okay with student couples, they find public displays of affection (PDA) inappropriate, especially in school. Keep in mind that some people still consider PDA inappropriate and can make them feel uncomfortable, even in the case of grown adults.

It makes sense that teachers who serve as mentors and parental figures in schools might feel uneasy seeing such displays. After all, the majority of students would avoid PDA when their parents were around.

Not only is this uncomfortable for teachers, but also for students witnessing such displays of affection in public. Some teachers would even say something to make the student couple feel as uncomfortable as they’re making everyone around them feel.

While teachers may ignore a couple holding hands and even think it’s cute, it becomes uncomfortable when things progress to sitting on each other and more.

Some teachers simply ignore them unless their relationship disrupts classes or negatively impacts them academically.

Now that we’ve taken a look at what teachers think of student couples, let’s take a look at the advantages of such relationships in school.

Life in school and at home can be challenging for students. Having someone to share your worries with can be quite comforting. If you have a problem with a particular subject or activity, it’s easy to receive the necessary encouragement especially since they’re also present in the same school or class.

Imagine you have an upcoming test or you need to submit an assignment within a limited time frame. Having a partner can be helpful as you could keep each other company during studies and share ideas to help complete the assignment.

Dating someone in the same school or class can be fun as you’re able to see your partner every day, especially in high school. You get to experience the fun and excitement of being in a relationship, learn from each other, mature, and leverage any lessons learned in future relationships.

Additionally, you get to decide whether dating at that age is for you or if you should rather focus on your academics.

Being in a student couple can be beneficial, especially during prom. It’s always nice to have a special someone to dance with on such special occasions.

While most school relationships don’t end in marriage, there’re a few that do. Who’s to say your relationship won’t be the one that survives the test of time?

While there’re some advantages to student couples, there’re also some disadvantages

Learning to manage your time is important, especially in the case of students. Being in a student couple can, regrettably, be distracting because you have to set aside time for your partner.

Time spent on important activities like studying would be decreased which can result in poor performance.

Even in adult relationships, breakups are never easy for one or both parties involved. This can be challenging in the case of students without experience as it can result in arguments and fights.

This can be awkward for everyone, especially if your ex also happens to be enrolled in the same class. Without the necessary maturity, even simply passing them in the hallway can lead to awkward situations for yourself and your peers.

Not Ready For Real Relationship

Relationships require maturity and while it’s easy to believe that both parties will learn, sometimes people just aren’t ready for such a big commitment. After all, student couples most likely have little to no experience in relationships.

And such relationships simply serve as experiments that without the intent to bind each other for life. Someone in the relationship may not be ready for a serious relationship irrespective of the other person’s readiness.

What Happens After School

While most teachers are trained professionals who respect the profession, fellow teachers,… 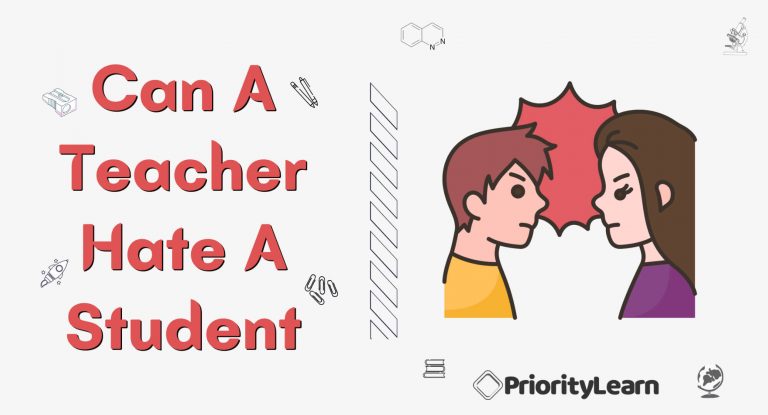 My teacher hates me! We’ve all heard this from a family member,… 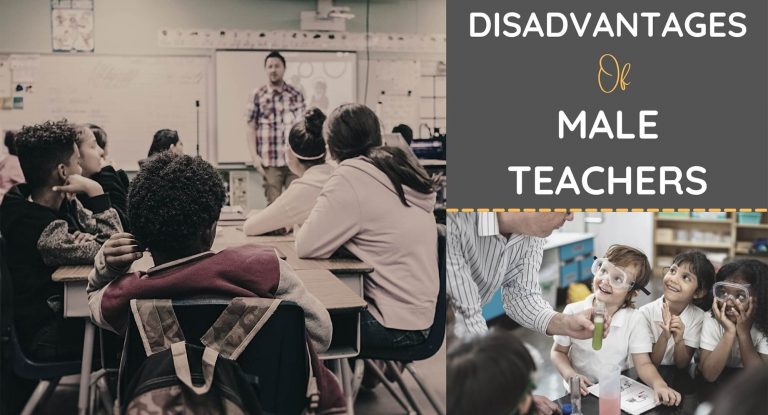 Teaching is one of the most popular and noble professions worldwide. This… 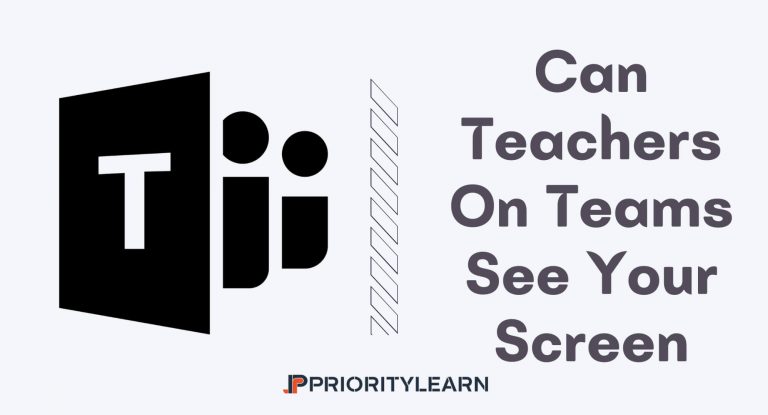 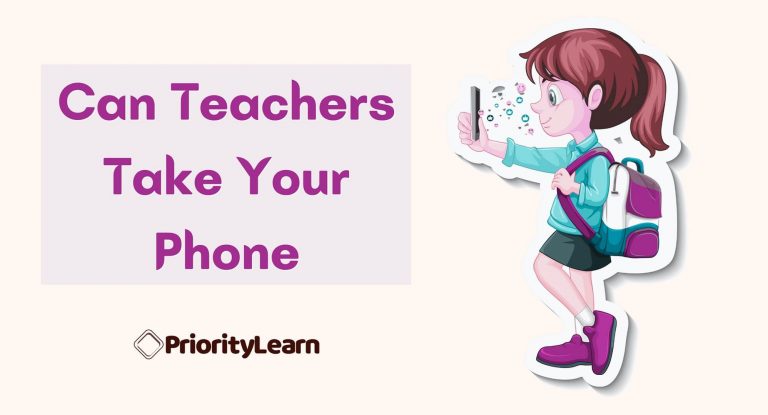 Although phones have become a part of our lives, using a phone… 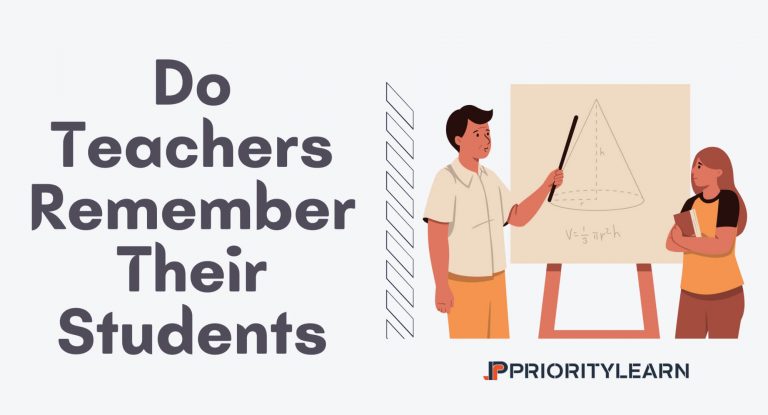 Throughout their careers, teachers come into contact with a huge number of…